NOTE: THIS IS NOT THE SUBMISSION VERSION FOR THE GMTK GAME JAM 2019. THIS PRODUCT HAS BEEN EDITTED AFTER THE JAM. THIS VERSION IS SOLELY MEANT TO ALLOW NON WINDOWS USERS TO PLAY.

An endless action arcade shooter. Fire missiles, guide them to enemies and blow them up. All with one button. Simple neon synthwave aesthetic.

Controls: Click anywhere to fire the missile, hold afterwards to guide it to your cursor, then let go to explode.

WARNING: This game may potentially trigger seizures for people with photosensitive epilepsy. Player discretion is advised.

i love the particles, the screen shake, the glow and everything visual in this game.

i also really like the missle mechanic, and all the little details (for example the point cound ramping up if the enemy dies, etc).

this could really go on forever, it would be nice if it would get more difficult over time.

Hi, here are my remarks:

- nice aesthetics and juice as always, with clear informations and good vfx and style

- the difficulty doesn't seem to go up, a ramping respawn rate and enemy speed would be nice

- the barrier is kind of op, maybe it shouldn't clear the entire screen (tho a new powerup to do that alone can be nice) or even any enemy at all, in that scenario it should be replaced, for example, with a freeze when it's broken

- I still don't understand what the chain reactor does

- there's no reward for directly hitting an enemy, maybe it's intentional tho 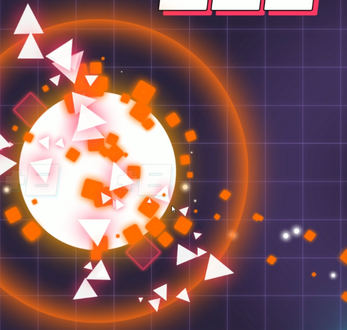 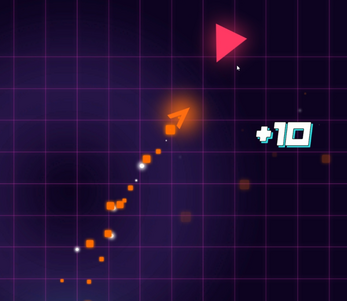 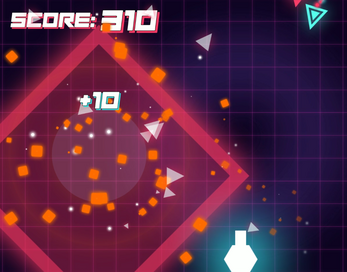 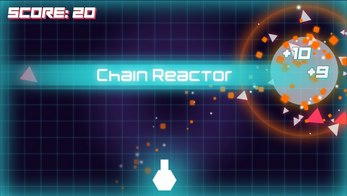 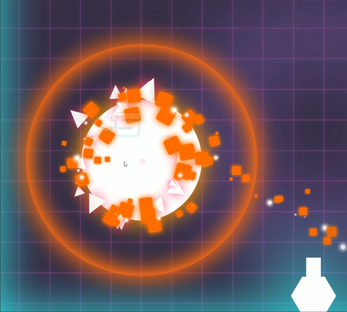